I was recently asked some beautiful questions to which I responded:

As we purify our physiologies things do come up. But it was once said that we do not need to rummage through the garbage. We just let it go. So no need to dwell too much on the past. Personal process is certainly important, but at some point letting things go is also important.

The quality of the Self is called the Rishi Value. It is good to hear that you are feeling that within you. It is not that we are actually Rishis. Rather the qualities of the depth of our own inner being can be experienced and is called “the Rishi value”. It is not just experiencing a Rishi as “other”, it is more importantly experiencing your own inner divinity. Congratulations for experiencing that! Rest with it. It is beautiful.

The solar event you are referring to is what is referred to as “the Age of Enlightenment”. It has been predicted that now is a transition to that healthy time. I understand that back in the 90’s, Maharishi was on stage with a Jyotishi and said that transition would begin to be felt when a man with orange hair was president of the United States, around 2020 to 2022. I was not there to hear him say this, but I was told about it. It has also been said that the transition happens with a period of roughness in world affairs. Interesting that even in chemistry, phase transitions can occur with a brief period of turbulence.

I am often asked what more one can do to evolve. I always respond by saying, “Steady hand on the rudder”. Yet so few people actually do that. Hang in there. Great times are ahead.

Many of our universal principles can be succinctly represented in one sentence or phrase, e.g. “Steady hand on the rudder”, “Forward, forward, always forward”, “Positive, positive always positive”, “Being, merging, knowing and doing”, “Dare to be great”, etc. I have so much respect for great writers. So much can be said with so few well written words. Stephen Covey beautifully expresses so many universal principles with the following quotes. Enjoy!

Stephen Covey: 10 Quotes That Can Change Your Life

When Consciousness perceives itself as other, duality is born. Simultaneously, a third thing is born: the process of that perceiving, that knowing, of ‘other.’

Every point in space/time is Consciousness… simultaneously, a unique Knower and a Known. Diversity, non-homogeneity, emerges. Related ‘Knowers’ coalesce to form planets and galaxies. The result is a non-homogenous universe built upon the foundation of the homogeneity of pure Consciousness. The deeper, the more freedom. The more superficial, the less freedom. Matter is coalesced Consciousness.

Identity comes with the notion of ‘other.’ On the deepest Transcendental level, there is no identity. On the deeper levels of relativity, identity is less concrete. The electron moves in one direction, only to let that go due to minimal identity, and swings back in the opposite direction. The pendulum cyclical motion permeates all relative existence.

On the surface/physical level of relativity/reality, identity is strong. The stronger the identity, the longer in time is the wavelength of the pendulum swing. On deep levels, an electron is a rapid in time, pulsating wave. On the more superficial physical levels, the time cycles are longer: From the oscillation of a violin string, to the rising and setting of the sun, to the yearly cycle and beyond… the frequency depends on the physical nature of the object.

The physical level is the level with the most extreme identity. Identity that holds the atom together is potential energy that can be released when the atom is split. As identity is reduced, the dynamic/kinetic energy increases. Gravity is identity. The non-homogeneity of the universe is the product of identity. Identity permeates the reality continuum. Ultimately, everything is the unified field; everything is Consciousness.

What Is Matter and the Nature of Identity?

The foundation of existence is Consciousness… i.e., the unified field. Identity is a quality of consciousness.

Are the quantum, fundamental, building blocks of existence, particles or waves? Reality is an identity continuum. On the deepest level of relativity, there are no particles, only Consciousness, then probability clouds… waves. An electron on that level is a probability wave. If you grab onto the wave, it collapses down to a particle at a particular point in space and time. Matter, then, is a level of existence, a level of identity, in the reality continuum. Matter is Consciousness coalesced through identity-with-a-perspective, determining how the probability cloud is perceived, grabbed onto, and thusly how it emerges as a point in space-time.

Consciousness manifests on the deepest level of existence as space, Akasha, the ‘glue’ that holds all levels of relativity together. Particles on one level, waves on a deeper level, unified and held together through Akasha.

Space-time, Special and General Relativity in a Nutshell

Consciousness becomes conscious of itself, and the notion of other is born.
The sense of separation between those two births space.
The continued, sequential unfolding of that process births distance and time.
Time and space are thusly intimately entwined.

As to the question: Why must there be an upper limit to velocity, i.e., the speed of light?
Answer: That need not be. But if there were not, the notion of distance, and therefore space, and therefore the notion of time, would not exist, and so there would be no universe.
Special relativity is just that simple.

Dimensionality, then, is dependent upon space-time.
Acceleration through space-time alters the experience, the nature of that dimensionality.
General relativity.

How to Avoid the Pitfalls of the ‘I Get It’ Syndrome 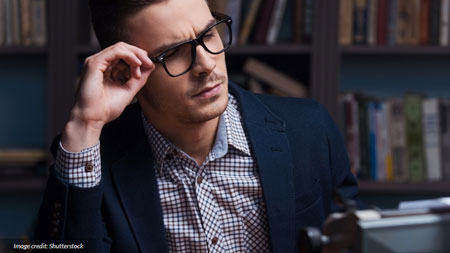 Entrepreneur.com just published one of my new articles. It begins:

“The ‘I get it’ syndrome applies to just about everything in life and business. Our life’s activities can seem little more than a series of entombed black boxes that we string together to form our days…”

Read more:
“How to Avoid the Pitfalls of ‘I Get It’ Syndrome”

If you would like to share the article on social media, please use the following social media posts:

“…the Reality Continuum is a much deeper theory than the simple notion of multiple realities and parallel universes. Our universe is a Reality Continuum: an infinite number of simultaneous realities coexisting in an uninterrupted spectrum permeating every point in existence.

Excerpt from the companion article.

There is one God. Each Deity is the personification of a different aspect of God, as if God puts on a different attire to present another quality of His/Her divine nature. The Gods are the laws of nature, the mechanisms of existence. You are one with all that is, with the source of all existence, with God.  Each aspect, each personification, of God is within you.

There will be a time when you actually have a choice of taking that final step of mergence with God, or keeping the very slightest separation so that you can revere God as other.  However, that is another subject entirely and one that is not possible to really understand until that time comes.

For now, lean in the direction of finding God within you.  But know it is a process.  It evolves and grows over time, just as it takes time for the seed to become the tree. Patiently sit before each aspect of divinity and explore your relationship with that God or Goddess.  In time you will merge.  You will find that divinity in you as you… as some aspect of your being, your psyche, your physiology.

This is indeed a subtle process.  For example, finding Karthikeya within you will not mean your personality transforms into what you may think a Commander and Chief of the Army of the Gods would be like.  How He emerges through you will be unique to you.  For example, some will remain soft-spoken and appear meek.  Others may be commanding in their demeanor.  To find Karthikeya within you will transform you in profound yet subtle ways.

Such discovery is attained primarily through meditation, yet proper reflection and discernment will facilitate the process… very much so.

The principle of mapping permeates everything. In reflexology, the foot maps onto the rest of the body: the big toe is the head, the heel is the pelvis, etc. Some say the cleanliness and neatness of your home maps onto the state of your mind. In a graph, a value of x maps onto a value of y. Mappings are everywhere and become profoundly complex.

The human psyche innately knows such principles exist, even though modern scientific thought has only comprehended the most superficial and simplistic mappings. Superstitions emerge when people reach for such mappings but do not have the clarity of mind and soul necessary to fathom such mappings. Imagine a life when these mappings are spontaneously understood and honored.

It is widely accepted, even among scientists, that there is a unified field underlying all of nature. This unified field births the quantum mechanical realm, referred to in ancient India as “the Veda.” It provides a structure that bubbles up through all levels of existence, permeating, upholding and ruling even the most superficial – the physical level of existence. Likewise, principles contained within the structure of the Veda emerge on the surface of life. Incredibly, even the structure of fundamental operators (gods) within the Veda, emerge on the surface of life. In other words, their forms are not arbitrary. They are woven into the very fabric underlying all of existence and show themselves on all levels of existence, even on the very surface.

Utilizing the principle of mapping and reflexology, any part of the body can be healed by treating its corresponding location on the foot. Relating this to the topic of Vedic ceremony, the physical murthis (images of the gods) correlate with, map onto, the operators (gods) contained within the unified field. The materials (flowers, camphor, etc.) used in the ceremonies map onto different principles or values contained within the Veda. Nothing is arbitrary. It is all quite scientific. It is a technology based upon mapping, every bit as precise and well-defined as the technologies of modern science.

I invite you to take the time to apply your powers of discernment to the subtle matter of mapping and Vedic ceremony, with at least the same level of humility with which you would study math or science. When fully understood with all superstition cast aside, spirituality and science seamlessly merge.